CANE - HISTORY
Although not as ancient a method of seat making as rushing, cane seating has a long and interesting history. It probably originated in China or India where the raw materials were easily available, and was certainly used in the far east for a long time before its introduction into Europe.

17th CENTURY PORTUGAL
In the late 17th century the fine furniture makers of Portugal introduced cane seating, and Catherine of Braganza, the consort of Britain's King Charles II, probably brought cane seats to Britain. They soon became very fashionable and were exported in large numbers to the American and other colonies.

THANKS TO THE GREAT FIRE OF LONDON
At first French and Dutch weavers went to London but soon the locals picked up the skills and a thriving industry grew up. After the great fire of London in 1666 these chairs really took off as houses were rebuilt bigger and roomier than before, requiring more delicate and attractive furniture.

AND THEN THE UPHOLSTERERS TRIED TO BAN THEM
In time the early simple, comfortable chairs gave way to elaborately decorated and ornately carved confections, stiff and uncomfortable to sit on, but doubtless most impressive to look at. Upholsterers worried about going out of business as the popularity of cane seating grew, and they unsuccessfully petitioned Parliament to ban the import and manufacture of cane chairs!

MACHINE MADE CANE
In the 1850s an American, Cyrus Wakefield, experimented with centre cane, which had been thrown away until then, and perfected a method of making furniture with it. Another American, Gardiner A. Watkins, was probably responsible for the invention of the machine for weaving cane into panels. This is also sometimes known as 'rattan webbing' and appears under this name in our mail order section.

BAUHAUS CHAIRS
In Germany in 1925 Mies van der Rohe and Marcel Breur designed tubular steel chairs with machine-made cane seats, and these have over the years become a design classic. In the 1960s and 70s Habitat marketed their own version of the Bauhaus chair, and many people now have a set of these elegant tubular steel, caned chairs in their homes. Since the seats and backs are fixed to the framework with screws, it's easy enough to remove them, so they can be sent to us in the post for restoration work.

REVIVAL OF INTEREST
During World War II no cane could be imported from the far east and supplies dried up, and only since the 1950s has interest in cane seating been revived. Today these chairs are as popular as they have ever been - robust, attractive, comfortable without being too soft, lightweight and versatile - there's nothing quite like a cane chair! 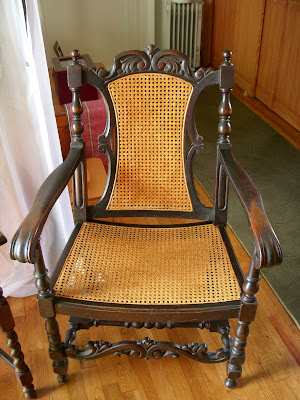 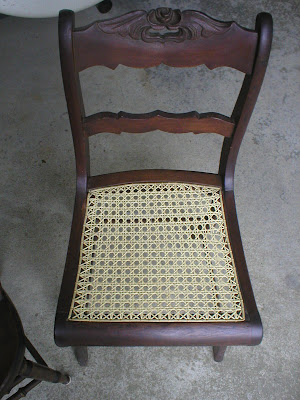